Margaret Plantagenet was the daughter of  George, Duke of Clarence and his wife Lady Isabel Neville.  By 1478 both parents had died – Margaret was four years old and her brother Edward was almost three. Her Uncle, the Duke of Gloucester, was now King of England as Richard lll, and their Aunt, Anne Neville as queen consort. Margaret and her brother Edward were raised by Richard and Anne.  Anne was a sister to Isabel and Richard a brother to the Duke of Clarence.

In 1484, their first cousin and Richard and Anne’s son,  Edward, Prince of Wales died.

“Edward, always a delicate child, died of what was probably tuberculosis on 31 March 1484. Many in that superstitious age were inclined to interpret the child’s death as divine retribution for Richard’s implication in the usurpation and subsequent disappearance of the young sons of his brother Edward IV.

The Croyland Chronicle records of the event :-

“ However, in a short time after, it was fully seen how vain are the thoughts of a man who desires to establish his interests without the aid of God. For, in the following month of April, on a day not very far distant from the anniversary of king Edward, this only son of his, in whom all the hopes of the royal succession, fortified with so many oaths, were centred, was seized with an illness of but short duration, and died at Middleham Castle, in the year of our Lord, 1484, being the first of the reign of the said king Richard. On hearing the news of this, at Nottingham, where they were then residing, you might have seen his father and mother in a state almost bordering on madness, by reason of their sudden grief. ”

In March, 1485, Queen Anne also passed away from what is suspected to be tuberculosis.  Margaret was now eleven years old and Edward now ten.

When Richard lll was killed in the Battle of Bosworth by Henry Tudor’s army, Margaret and her brother Edward were now a threat to Henry Vll’s throne – since they were Plantagenets – House of York.  Edward, Earl of Warwick was now the strongest heir to the throne of England because of his royal Plantagenet bloodline.

Henry Vll was known to be a paranoid man and didn’t want to spend his entire reign worrying about a son of York taking the throne from him. To solve this problem he locked up Edward in the Tower and arranged for Margaret to marry Sir Richard Pole – essentially removing her Plantagenet name and “hiding” her from the Yorkist supporters of the throne.

Interesting Fact: Even though Edward’s father was executed for treason he was able to keep the title of Earl of Warwick while a prisoner in London – since he inherited the title from his mother and not not his father.

On 16 March 1485 Anne Neville died of what was most likely tuberculosis. The day she died there was an eclipse of the sun, which some believe to be an omen of the end of the York reign (Richard lll) – in August 1485 Richard lll was killed on the battle field.

Imagine being Margaret and Edward when they found out their uncle was killed and a Tudor (House of Lancaster) was now king. 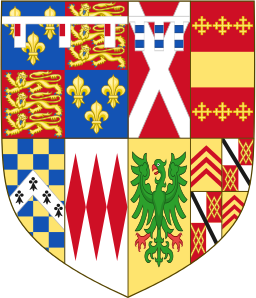 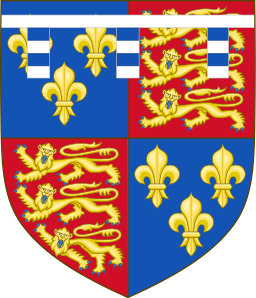 House of Plantagenet House of Tudor House of York