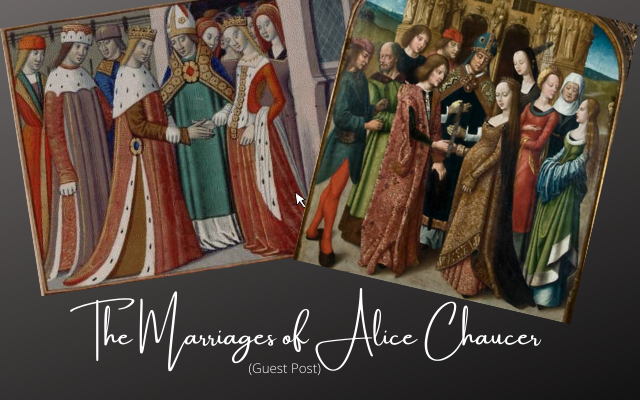 Guest post by Michéle Schindler Alice Chaucer was a formidable lady. Living to nearly 71 years of age, she was a royal confidante and friend, mother-in-law to a king`s sister, a politican and a reviled widow in her time. Though born a commoner, she moved in royal circles, her approval sought after and her opinion considered even by her king and queen.  Though this rise was in large parts due to Alice herself, and her reportedly witty and charming personality, it was END_OF_DOCUMENT_TOKEN_TO_BE_REPLACED