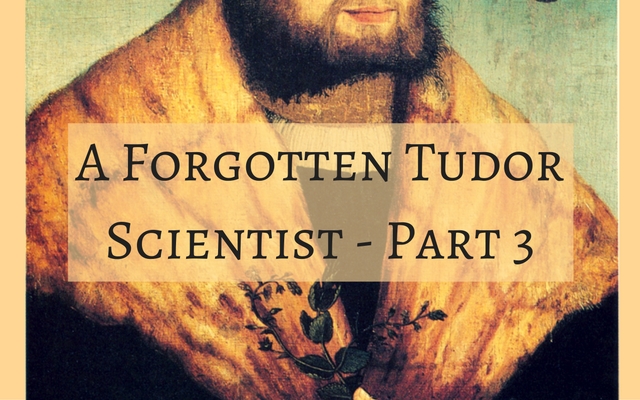 Miss Part 1 - Click Here  Miss Part 2 - Click Here By Patricia Deegan (written 2007 and revised 2016) Part III: William Turner – From 1547 to 1568 Turner returned to England after Henry VIII’s death in 1547 and obtained a post as physician to Edward Seymour, the Duke of Somerset and the Lord Protector of England.  Turner also obtained two clerical preferments during Edward VI’s short reign. His next botanical work built on his first book and used some o END_OF_DOCUMENT_TOKEN_TO_BE_REPLACED

Miss Part 1? Click Here to read Part 1 first By Patricia Deegan (written 2007 and revised 2016) Part II: William Turner - During 1508 to 1547 William Turner was born in Northumberland in about 1508 and educated in Physic and Philosophy at Cambridge university. He obtained his BA in 1530 and his MA in 1533. He attempted to learn the names of plants in Cambridge but there was little information available during his studies, despite plant material being the primary END_OF_DOCUMENT_TOKEN_TO_BE_REPLACED