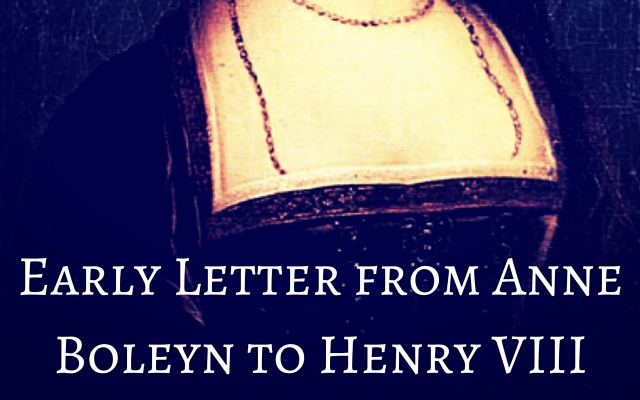 This letter from Anne Boleyn to Henry VIII is a re-translation and was placed under the year 1519, however per the author of the Letters: Royal Illustrious Ladies of Great Britain, Volume II, they state it was probably not written until several years later - they dated it as 1527.  To put things into perspective, it was the 4th of  March 1522 that Anne played Perseverance in “The Château Vert” at York Place, her first recorded appearance at court. So it would seem ou END_OF_DOCUMENT_TOKEN_TO_BE_REPLACED