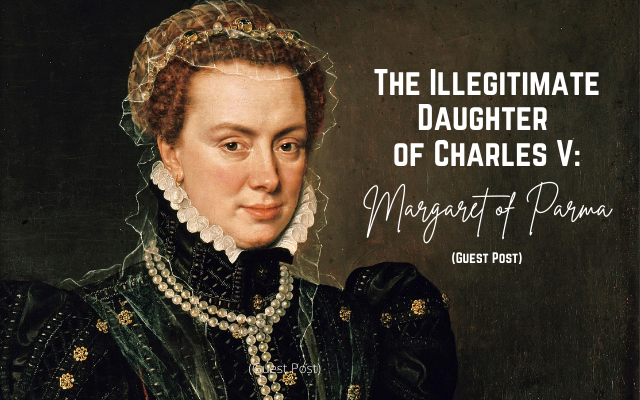 Part One by Heather R. Darsie Margaret of Parma was born 5 July 1522 to the twenty-two-year-old holy Roman Emperor Charles V and his paramour, Johanna van der Gheenst. She was born in Oudenaarde, Netherlands.  Margaret was the eldest of all of Charles’ children. Charles met Johanna during a six week-long visit to Charles de Lalaing, Count of Lalaing’s home in late 1521. There, Charles met Johanna, and their daughter Margaret was born the following summer.