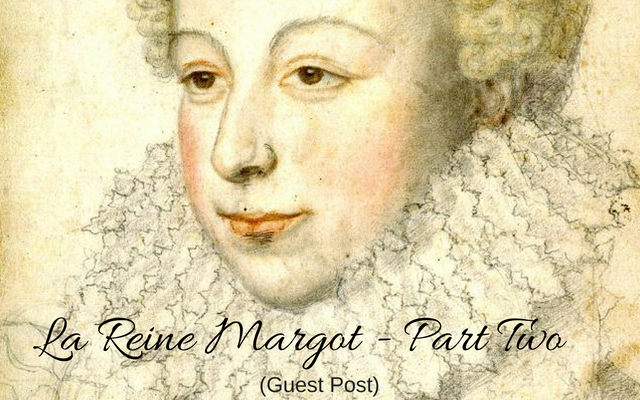 Guest post by Heather R. Darsie Missed Part One? That's okay, you can read it HERE and then come back. Life continued to take dramatic turns for Margot after she wed Henry of Navarre. Though she saved his life during the St. Bartholomew’s Day Massacre, she did not care for his Huguenot religion. Marguerite’s three surviving brothers, King Charles IX, Henry, and Francis (originally named Hercule Francis) used Margot in their various plots. One such plot was formed END_OF_DOCUMENT_TOKEN_TO_BE_REPLACED