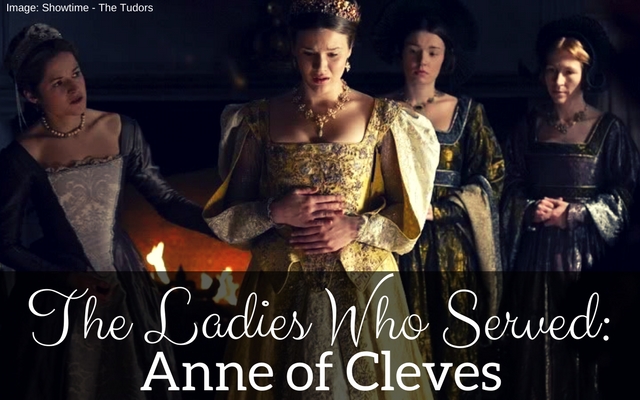 When Anne of Cleves came to England she had brought along a group of her own ladies to serve her as queen. The French ambassador at the time is quoted as saying: She brings in her suite twelve or fifteen damsels as maids of honor, all dressed in the same fashion and with same vestments which she herself wears - a thing which has seemed rather strange in this place. The ladies that Anne of Cleve brought with her were less attractive than Anne herself and dressed in what was END_OF_DOCUMENT_TOKEN_TO_BE_REPLACED