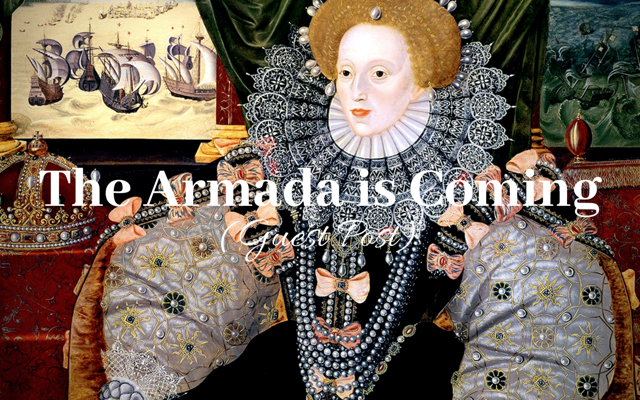 by Heather R. Darsie  It was 29 June 1588. The Spanish Armada sailing in its customary crescent shape was spotted off the coast of Cornwall. After many years of waiting, the time had finally come: Spain was invading England to reclaim the country for Catholicism.  It is possible that Philip II, former brother-in-law to Elizabeth I previous suitor, began planning the invasion as early as 1584. What is certain is that Philip was amassing a fleet of ships in June 1585. At t END_OF_DOCUMENT_TOKEN_TO_BE_REPLACED