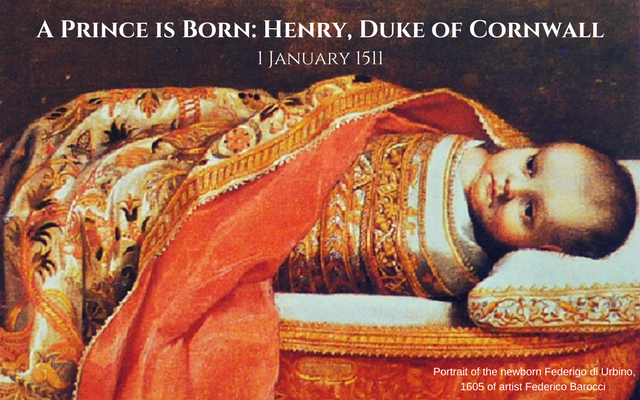 On the New Year's Day 1511, Queen Katherine gave birth to a son - he would be called Henry, Duke of Cornwall. His birth was greatly celebrated by his parents and the kingdom for England and Henry had an heir. Unfortunately, the Prince would only live for 52 short days. In this article we see quotes from Hall's Chronicles and Letters and Papers that both refer to the birth, and the death, of the sweet young prince, "little Prince Hal." Birth of a Prince This blurb END_OF_DOCUMENT_TOKEN_TO_BE_REPLACED