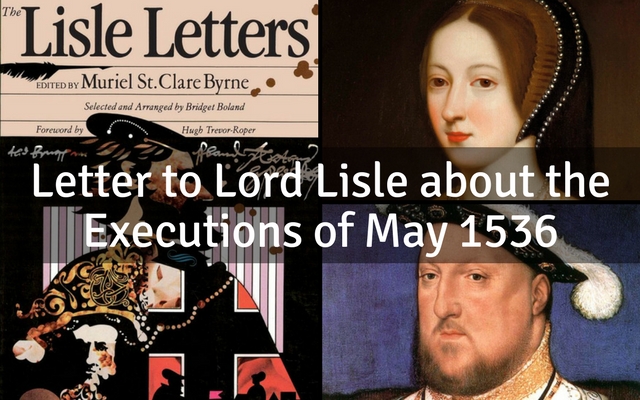 A letter regarding the executions that occurred in May 1536 is not uncommon. This letter was written by John Husee who was best known as the personal agent of Arthur Plantagenet, Lord Lisle. If you are not familiar with who Lord Lisle was then you should know that he was the illegitimate son of King Edward IV - this made him uncle to Henry VIII. Lisle was governor of Calais from 1533-1540. The execution of Anne Boleyn and the other innocent victims was well-known. This END_OF_DOCUMENT_TOKEN_TO_BE_REPLACED