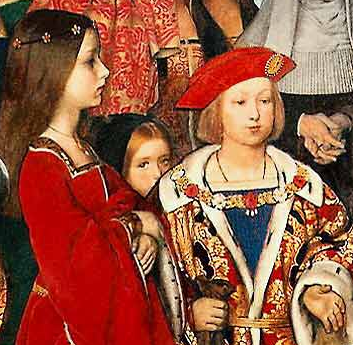 Part 3: Margaret Tudor, 2nd child and first daughter of Henry VII and Elizabeth of York (written October 2015)   On 28 November 1489, Henry VII and Elizabeth of York welcomed their first daughter, Princess Margaret. Margaret was named after her paternal grandmother Margaret Beaufort and was baptized at St. Margaret's Church in Westminster. As a princess, Margaret would play a pivotal role in political alliances. By Margaret's sixth birthday her father ha END_OF_DOCUMENT_TOKEN_TO_BE_REPLACED 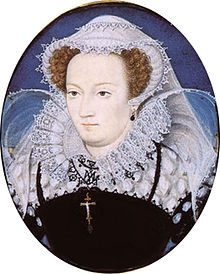 Mary, Queen of Scots   by Susan Abernethy The Freelance History Writer Many know the story of Mary, Queen of Scots. While telling the story of Margaret Tudor, Queen of Scotland I was struck by the similarities between her and her granddaughter, Mary. They both had three husbands and had a child named James who became King of Scotland when they were just babies. Both women allowed their private lives to influence their public life contributing to a loss of politica END_OF_DOCUMENT_TOKEN_TO_BE_REPLACED