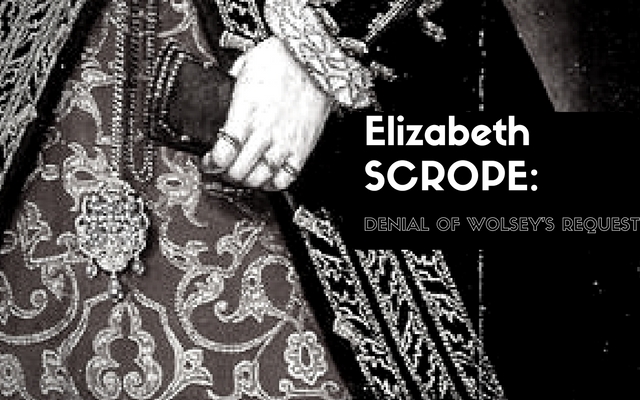 Cardinal Wolsey was arguably the most powerful man during the early years of Henry VIII's reign. To deny him was close to denying your king. The fact that Elizabeth Scrope did just that and stood up for herself was remarkable. Elizabeth Scrope Elizabeth Scrope was the daughter of Sir Richard Scrope of Boulton and Eleanor Washbourne.ą Elizabeth was married twice. Her first husband was William Beaumont, 2nd Viscount Beaumont. Beaumont suffered from mental illness an END_OF_DOCUMENT_TOKEN_TO_BE_REPLACED