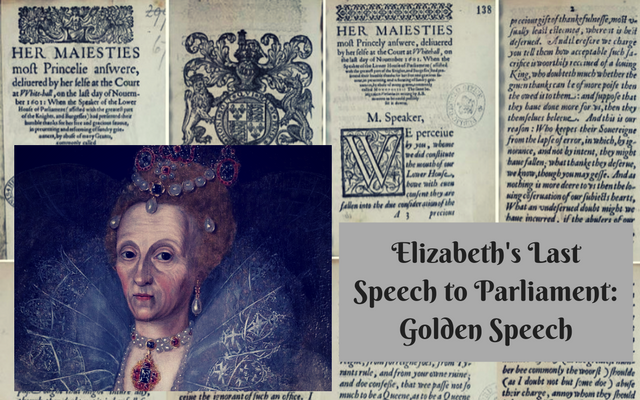 Here is the text from the famous Golden Speech by the most popular English monarch, Queen Elizabeth I of England. There are several versions of the speech surviving. The following speech is from The Journals of All the Parliaments during the Reign of Queen Elizabeth - edited by Sir Simonds D' Ewes and published in London in 1682. On the 30 November 1601, a speech was delivered by Elizabeth to 141 Members of the Commons which included the Speaker...it was later called, END_OF_DOCUMENT_TOKEN_TO_BE_REPLACED