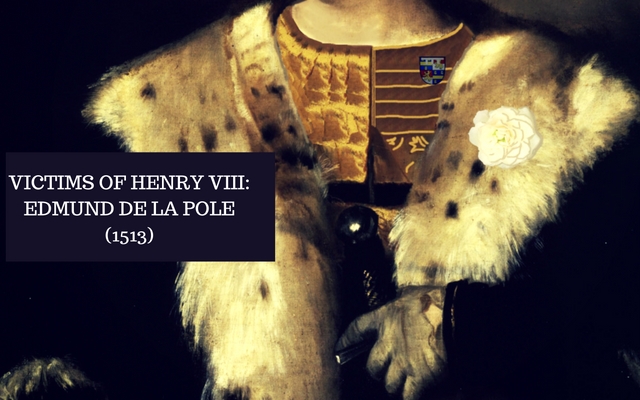 Edmund de la Pole – 1513: Born in 1478 to John de la Pole and Elizabeth Plantagenet, Edmund was nephew to Edward IV and future Richard III. After the execution of Edward Plantagenent, Earl of Warwick in 1499, Edmund de la Pole was the next York (Plantagenet) claimant to the throne. Edmund’s brother the Earl of Lincoln was killed in the attempted Simnel rebellion which shed a bad light on his entire family. Plus, when John de la Pole died Edmund had requested he receive END_OF_DOCUMENT_TOKEN_TO_BE_REPLACED