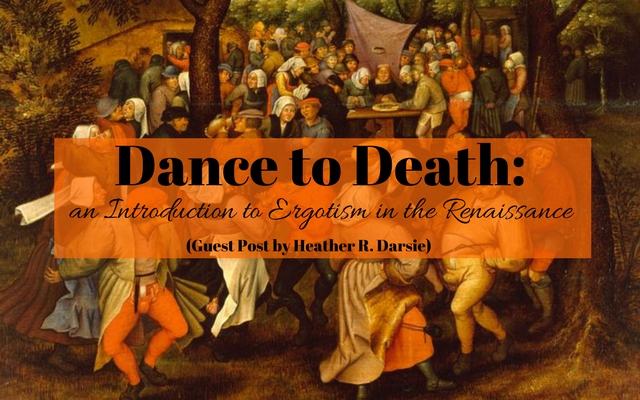 by Heather R. Darsie On an otherwise normal July day in Strasbourg, a woman named Mrs. Troffea began slowly dancing in the street. The year was 1518. Over in England, Katharine of Aragon was pregnant with her last child by Henry VIII. In France, Anne Boleyn was at Queen Claude’s court. And over in Germany, Anna of Cleves was still just a toddler. Mrs. Troffea continued to dance that month of July 1518, and it became apparent that she was not going to stop. After about END_OF_DOCUMENT_TOKEN_TO_BE_REPLACED