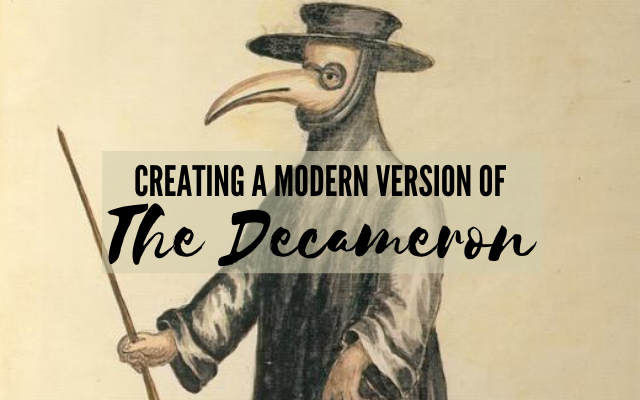 Written by Rebecca Larson Let’s do like they did in the 14th century during the outbreak of the Black Death. As some of you are self-quarantining, or self-isolating, let’s use the inspiration of Italian author Giovanni Boccaccio who compiled: 100 tales told by a group of seven young women and three young men sheltering in a secluded villa just outside Florence to escape the Black Death, which was afflicting the city. Boccaccio probably conceived of The Decameron after the END_OF_DOCUMENT_TOKEN_TO_BE_REPLACED