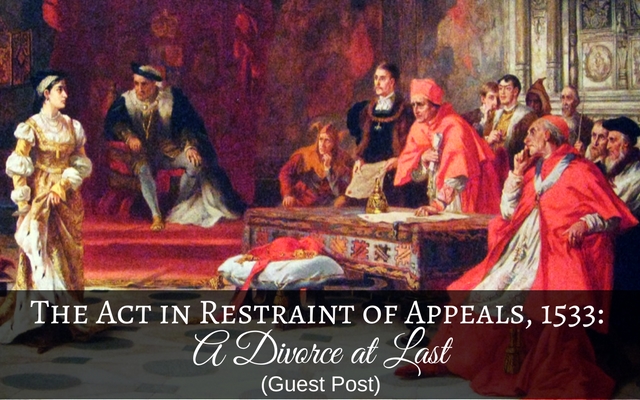 The Act in Restraint of Appeals, 1533: A Divorce at Last Guest article by Samia Chebbah It is well-known that Henry VIII wanted to make official his relationship Anne Boleyn when he was already married to Catherine of Aragon. According to Paul G. Friendmann's chronology, the case of the divorce between Henry VIII and his Queen started at Westminster in May 1527[1]. The Pope, Clement VII, who was the only authority to grant him that request, was against that idea and END_OF_DOCUMENT_TOKEN_TO_BE_REPLACED