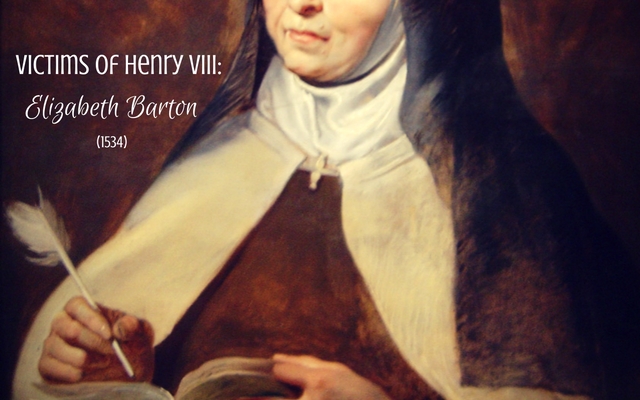 Elizabeth Barton is best known as the "The Nun of Kent" and then later "The Mad Maid of Kent." Her prophecies were ultimately her downfall. In 1525, at nineteen years old, she became ill and fell into trances having visions 'of marvellous holiness' in rebuke of sin and vice." A local priest by the name of Richard Master believed in Barton's visions and reported them to the Archbishop of Canterbury, William Warham. From there the story of the prophetic girl grew and END_OF_DOCUMENT_TOKEN_TO_BE_REPLACED