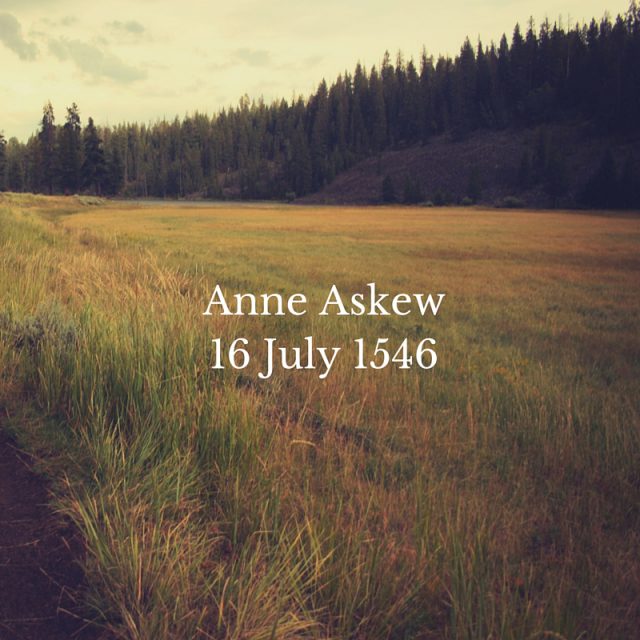 On the 16th of July 1546, the Protestant martyr, Anne Askew was burned at the stake for her beliefs. Anne had been unfairly racked "till her bones and joints were almost plucked asunder, in such sort as she was carried away in a chair". She had been imprisoned in the Tower by Thomas Wriothesley and Richard Rich in an attempt to force her to implicate Katherine Parr (the Queen) and other prominent court members including: Anne Seymour and her husband Edward Seymour. She never END_OF_DOCUMENT_TOKEN_TO_BE_REPLACED